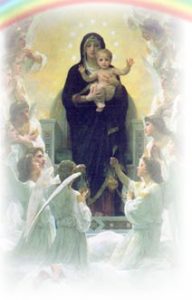 The Christian Mysteries are a deep and profound extension of the Western Mystery Tradition. Early mystics understood that the mythology derived from pagan teachings in many ways serve as a veiled rendering of the Logos, who in the alchemical and mystical gospel of John, is rendered as none other than Jesus Christ (Yeheshua). The early Rosicrucians developed their mystical doctrine on the foundational declaration inscribed upon the center of the altar within the Vault of the Adepti. These words are: “Jesus is all things to me.” To the Christian Mystic this means something far more profound than words alone could express; the true meaning of this phrase could only be revealed through inner work and through the process of sacred initiation.

Mystical orders of an esoteric nature and within the paradigm of Christian Orthodoxy have built the framework of their teachings and initiation based in whole or in part on the corpus of sacred scripture and tradition found especially within Christianity. The Adepts of the Golden Dawn at the turn of the twentieth century often interchanged Osiris with Christ as if one was a reflection of the other or a concept pointing to the other. Historically, the Rituals of the Golden Dawn are inundated with passages from the sacred scriptures found in the Holy Bible. Within the Golden Dawn system, pagans and Christians work side by side in spiritual harmony. The light of true Christian mysticism purges prejudice, hatred and religious intolerance. Truth is a unifying force in any system of spiritual development be it pagan, hermetical, kabalistic or Christian.

Christ the Line and Circle