William Butler Yeats is one of the many famous names to come from the original Golden Dawn. His poetry and writings were a display of his passion for mysticism and the Occult Sciences. These were largely expressed in various publications (e.g. Your Pathway), earning him the Nobel Prize in 1924 for literature. But more important was his desire and striving for knowledge of that which is beyond what we know and that of the unknown.

William Butler Yeats was third-generation Irish, born in Dublin on June 13, 1865. From day one he was up against a wall regarding his religious beliefs, for his grandfather was a deeply Orthodox Rector in the Church of England, while his father was a complete religious skeptic. With this conflict already in place, young William Butler Yeats walked the very fine line of between faith and disbelief.

Being faced with this dilemma, William Butler Yeats was destined to find the balance by whatever means necessary. This first step occurred after reading numerous text on the subjects of Occultism, the Tibetan Mysteries, Buddhism, and other beliefs. All of these subjects ignited his desire to learn and to know. Aside from his readings, what further expanded his desire was his discovery of a society purporting to be Ancient and non-European. This new movement simply called The Theosophical Society, claimed to have the ability to offer a "synthesis" of religion, science, and philosophy. For at that particular time in human development, none of these three disciplines were ready to integrate with the other, but this is what fascinated William Butler Yeats.

Upon hearing of the Society, Yeats soon met the founder, Madame Helene Blavatsky, and was very intrigued by her. After many metaphysical conversations with her and many hours of long thought on the issue, William Butler Yeats took one of his first steps on his path of occult wisdom, and joined the famed Theosophical Society of London. The Society provided William Butler Yeats with a kind of outlet that he needed to express his thoughts and feelings that the Victorian society of the time might have considered risque or improper. After attending various Theosophical meetings, William Butler Yeats felt at home. 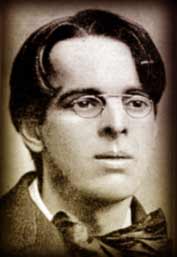 William felt this way at least on an outside level. But deep on the inside, his heart had another desire that the Society could never touch. Being around others who shared similar lines of thinking was a step in the right direction for Yeats, but he realized that there was more to all this learned knowledge than just plain talk. With the thoughts in his mind forming very strongly, Yeats was once again yearning for more than what his universe had revealed. But soon after this discovery was made, William Butler Yeats also discovered that fellow members of the Theosophical society felt the same. It was at this point that Madame Blavatsky was approached by such people, asking for more. She obliged, and formed an additional branch to the Society called, "The Esoteric Section." This branch of the Society dared to venture into the area of magic and hoped to prove to others that Occult phenomena is possible. This was the answer to William Butler Yeats's prayers, (to an extent). In addition, the E.S. assured everyone that they would not actually be practicing magic but would be undergoing the necessary magical training before magical power was entrusted to the student. Such magical training consisted of the learning of magical and esoteric symbols, correspondences, creating interrelationships between the seasons, various parts of the body, the five elements, colors, numbers, etc.

As fulfilling as all of this new knowledge and experience was, Yeats soon lost hope in this new branch, due to the fact that all experiments performed by the E.S. were quite unsuccessful. Several took place; raising the ghost of a flower, evoking a dream by use of a symbol under the dreamer's pillow, all of which failed. Once again, Yeats felt that something was missing. After witnessing many failures and only minimal success, William Butler Yeats lost hope in this new branch, and felt it was time to continue on, rather than stay stagnant. This led to his discovery of another society, which many of his friends in the T.S. were joining. This new organization was beautifully titled,

"The Hermetic Order of the Golden Dawn." 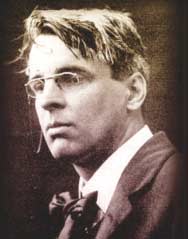 The Golden Dawn satisfied William Butler Yeats's need to dig into his very core, and unleash what has been buried for so long. As Yeats soon discovered, the Golden Dawn Incorporated traditional European Cabalistic Magic and astrology, as opposed to the wisdom of the East. In addition, the Golden Dawn encouraged exploration and wielding of power (over the material universe, unlike Blavatsky who constantly warned students against the practice of phenomena and oftentimes discouraged it altogether.) This highly pleased William Butler Yeats, and allowed him to open his magical aspirations to as high as he would go.
Aside from knowing various friends in the Golden Dawn that were previously attending the T.S., Yeats' decision to join the Golden Dawn can be credited to one of the Order's founders: S. L. MacGregor Mathers. His magical powers left a strong and lasting impression upon Yeats, and assured him of the validity of the Golden Dawn's Work.

Instead of handing him theories on how and why things work, the Golden Dawn showed him the answers, gave him the desired results, and the freedom and the opportunity for constant experimentation and expression. This expression was further reflected in his writings. For example, his poem, Images, makes many references to various Occult meanings.

On Abiegino's side a multitude.
Restored by drinking that miraculous wine
to human form: Day beats upon their eyes
Sounds of unfinished battle upon their ears
One sways his head and laughs, another weeps.
Then all laugh out, discovering in laughter
that the dark valley at the mountain forest
Where wold must war on walk, abounding
grass.

Grow out of that foul blood, is magical
That they imagined it and bound themselves.
Therein contented with that bitter sweet
But the wind changes and the valley howls
One howls his answer back and one by one
They drop upon all fours, creep valley -- wards
Question that instant for these forms O heart
These chuckling & howling forms begot
the sages.

William Butler Yeats continued his search for knowledge of that which is not written for man to read. But like all things, life comes to an end. His accomplished life ended when the Sun entered Aquarius on January 28th, 1939. Roqueborne, South France was where he took his last breath. A last breath that would be long remembered by those in the world of literature, and the thousands who are thinking with a Western Mind.