The Golden Dawn Ancient Mystery School (Esoteric Order of the Golden Dawn) has broad appeal; it is an excellent spiritual path toward enlightenment and personal power for a vast array of spiritual and religious backgrounds. We find that the Western Mysteries are most compatible to those who believe in a higher power, such as God or simply a higher spiritual being whose will is the ultimate good of humanity. People with Pagan, Jewish or Christian backgrounds are most likely drawn toward the Western Mysteries because it contains aspects encompassed in these systems so that one can begin with familiarity. Pagans will have already been exposed to our ritual and meditative technique; those of Jewish influence will recognize aspects of the Torah incorporated within our initiations, and of course, the Golden Dawn is inherently Jewish mysticism. Finally, although Christians often are repelled by anything magical, they will find that Christianity is the very essence of Western Mysticism.

Pagan: Paganism is an empowering link into the deep past and the inner recesses of the human psyche; it offers the freedom to find one’s path to enlightenment without reliance on pre-established secular or religious concepts. When the ritual and meditative techniques are performed correctly, one learns to commune with the spirits and energies that surround us and find in them the power to gain mastery over one’s life. In the Esoteric Order of the Golden Dawn, pagans will feel right at home in the Neophyte grade where we employ various Egyptian god forms in the initiation; from the outset, the Neophyte learns ritual magic and empowering meditations no doubt familiar to Pagans. However, in the Esoteric Order of the Golden Dawn, we approach this in a highly organized fashion, so one can safely and productively navigate the different energies present in the earthly and astral planes. This has been laid out in a grade structure of ascending levels; one first deal with the most physical level on Earth, and in demonstrating proficiency in this regard, they will ascend to ever more challenging energies and progress to whatever level one’s commitment to the Great Work will allow. This assures that the energies will never get out of hand and wreak havoc in one’s life. All members receive a proctor or mentor whose duty it will be to advise the student of the mysteries in all matters required to meet their full potential in the Great Work.

This is no way restrictive to the pagan who is accustomed to spiritual independence. This system is designed to allow one freedom to practice magic safely at one’s own pace. The Esoteric Order of the Golden Dawn offers guidance and the benefit of vast experience on a safe and proven path. Our highly organized system is not unlike learning a complicated subject such as mathematics; one begins with simple problems and gradually acquires the capability to work out incredibly complex problems with relative ease. Working with the various angels, spirits, energies, gods and goddesses is fascinating and empowering, and pagans should feel right at home employing the many Egyptian gods and goddesses in their magical efforts and in communing with the elemental energies that are an integral part of what is taught in our Order. Pagans will find in the Esoteric Order of the Golden Dawn that their magical work will become focused on the greatest impact in gaining mastery over the energies in their life and their sphere of sensation. 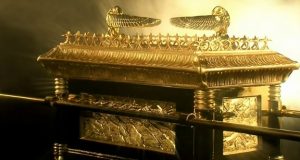 Judaism: practitioners of Judaism will feel right at home in the Esoteric Order of the Golden Dawn; first of all, the Golden Dawn system is largely based on Jewish Kabala. The Esoteric Order of the Golden Dawn employs what is called Practical Kabala, and as the name suggests, this work is approached from a very practical position. We use the Tree of Life from Jewish mysticism as a means of bringing order to the plethora of angels, spirits, and energies that surround us by placing them on the Tree according to their nature and characteristics. This allows us to approach these beings with confidence, as we will have aligned ourselves with their nature by having worked the Tree. The Tree serves as a spiritual map by which we navigate the astral worlds and beyond. It allows us to invoke specific energies for precise magical work and we know from meditating on the Tree exactly where we are at and what we are doing; this is extremely empowering since it conforms to how our mind actually works, and this is essential when traveling planes that transcend the human mind. The Ancient Golden Dawn Mystery School (Esoteric Order of the Golden Dawn) analytically implements passages from the Torah for maximum impact in uncovering the hidden spiritual meaning contained therein. These ancient texts are rich in mystical truths that will empower one to master the energies found along the Tree of Life. These truths are essential tools for understanding the nature of the universe and the beings, which govern it. This practical approach to Jewish mysticism will provide fascinating insights and great empowerment for those of Jewish persuasion.

The Jewish practitioner will find the Esoteric Order of the Golden Dawn consistent with their belief system. It employs principles that harmonize with the Torah and Kabala, and the Esoteric Order of the Golden Dawn’s work is directed toward promoting peace, Light, and healing throughout the world. All religions or spiritual paths worthy of the name will work toward these altruistic goals.

Mystical Christianity: in modern times, occultists are often perceived as hovering on the fringes of society; Christians and others whom may wish to distance themselves from this societal segment, may dismiss occult practices, holding that they are not compatible with Christian values. However, Christians may be surprised to discover that many Christian Saints such as Saint Augustine, Saint Francis and Saint Teresa of Avila are regarded as mystics and had reputedly practiced what we would now call magic. Consistent with Christian principles, the Esoteric Order of the Golden Dawn not only teaches magic; it teaches how magic can be used for healing, teaching and promoting peace. One of the first rituals taught in the Neophyte grade is a technique for bringing comfort to someone in need. The Christian will feel right at home with this ritual, for what could be more Christ-like than successfully willing comfort to those in need? 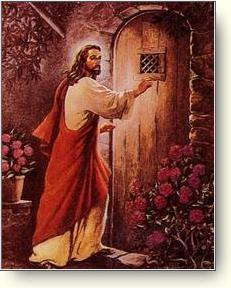 Christians who have studied the Bible will note that the holy men of the Old Testament performed amazing miracles in the name of God; the early Christians in imitation of Christ expelled demons, healed the sick and even raised the dead. Traditionally, a close relationship with God empowered the holy ones with great magical force. Often, it is the translation of Hebrew that confuses some; to understand a language, one must take into account the culture. People use words that relate to their experience and to their particular way of viewing the world. So, when a scripture is translated into English, we tend to read into it in our culture, experience and our view of the world and the meaning becomes distorted or even lost. Take the scripture: “Thou shalt not suffer a witch to live.” (Exodus 22: 18) The word witch, comes from the Hebrew word: “MEK hash fah”, which literally means “poisoner”; to the Hebrews this would refer to a sorcerer trained in a foreign magical system, and they were very strict toward not mingling their spiritual path with the spirituality from the surrounding areas; to allow a foreign sorcerer to operate freely in their midst would certainly lead to spiritual intermingling. To them, mixing the two systems would be like combining pure life-giving water with something foul or poison, thus the concept of poisoner, that is to say one who poisons. This is not a prescription on spiritual empowerment or what we might think of today as magic, but a mandate against polluting what they considered to be their true spiritual path with the poisonous teaching of the surrounding nations.

Christians will find as they advance through the grade system of the Esoteric Order of the Golden Dawn, that they will learn more about what it means to lead a Christ-like life than they would have ever believed possible. The very heart of the Esoteric Order of the Golden Dawn is the Rosicrucian order, which is inherently Christian in nature, it is the Inner or Second Order and it provides the force behind the Outer or First Order, which is the Golden Dawn. Christianity is the essence of the deeper mysteries and the Bible; especially the New Testament provides deep insight into these mysteries. The core lesson that the Great Work teaches us is to sacrifice the lower for the higher; that is to say we sacrifice who and what we are now for who and what we are meant to become: the full man or woman. In that sense, we are crucified in respects our old ways, and we have resurrected anew; this is the path of the Christian Mystic; the essence of spiritual alchemy, this is in fact, the Great Work. The Esoteric Order of the Golden Dawn system of magic prepares you for this path.

The Golden Dawn Anceint Mystery School ( Esoteric Order of the Golden Dawn ) is open to anyone on the Pathway of Light, and who is willing to commit to the rigorous spiritual effort involved in pursuing the Great Work. The benefits offered are not limited to those mentioned above; these are just a few examples of the broad appeal this system has. If you would like to learn more of the initiation and teaching of the Esoteric Order of the Golden Dawn, click here.

Bottom line is the Golden Dawn Ancient Mystery School is not a religion, it is a school designed to teach the student the ancient secrets of divine mysteries which can be found in the Qabalah, the Mysteries of Christ or ealier expressions.