The Truth About Golden Dawn Dues

The Truth About Golden Dawn Dues
By: Robert Zink
There appears to be a vocal minority who are under some abstract kind of idea that any kind of Golden Dawn dues should not exist.

People who live in the world and are involved in the area of higher education understand the importance of providing as much support and back up for the hungry student. Most Golden Dawn Orders do exactly this. In the first five grades there can be over 900 sheets of paper, printing, audio tapes, etc. This doesn't even include the twenty-four hour fax, personal proctor, 7-day a week on-line Adept for teaching help, and Order Newsletter. One main tenet of the classical Golden Dawn Order is to provides the serious student with every opportunity for success. No school is free. The historic Golden Dawn from the very beginning was not free. There has always been Golden Dawn dues. A growing Hermetic Fraternity with world-wide support must ask of its members a minimal due structure.

The Outer Order is not Rosicrucian. It is an Outer Order School and Fraternity that is designed to initiate, teach, and prepare worthy candidates for Second Order work. Golden Dawn dues are not a part of the 2nd Order. However, many other Fraternal groups do charge much higher amounts of money for higher grades. That is their business; we neither applaud them nor do we condemn them. Members and the Order do not make a profit on any Golden Dawn dues.

Even with the minimal Golden Dawn dues that members contribute to their Order, dedicated Order members pull money out of their own pockets to purchase printing equipment, computers, Temple furniture, etc. No one asks them to give extra help, they do it because they love their Order and they want it to be the best in the world. Adepts also do a tremendous amount of research work remaining within the sanctuary of the Order and not being shared with the uninitiated or non-members who just collect Golden Dawn information.

As stated earlier,  from the beginning, there has been various fees and Golden Dawn dues. The following is a brief summary and is documented in the book entitled The Golden Dawn Companion, by R. A. Gilbert: 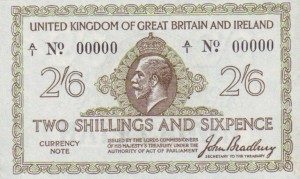 From the by-laws of the Isis-Urania Temple:
"Annual subscription (dues) shall be two-shillings and six pence and shall be paid on or before the Assembly of the Vernal Equinox in each year."

(The above does not include materials other than membership.)

A subscribing member may purchase from the Cancellarius any of the following:

There were several other fees including Second Order Fees. The point is clear, once and for all, that Golden Dawn dues have always been a part of the Order structure. There is an old saying that if you pay some one enough money to find a brown back, yellow spotted beetles in your backyard, they will continue to find them even if they have them imported. The same is true of criticism of Orders or any other fraternal school for charging dues. If people want to criticize the Work we are doing and the efforts many are making, they will find fault no matter what is said.