What is the Golden Dawn Ancient Mystery School

The Golden Dawn (contrary to what many people think) is not a Magical Order. It is a preparatory school and an intense training ground into hermetics, Qabalah, alchemy, and the Western Mysteries. This training, which begins with the process of initiation, sets in motion the necessary alchemical fire to transform the inner lead to gold. Trademarks or mountains of books with "Golden Dawn" printed on the cover can not accomplish transformational initiation. It happens through tradition and transmission of the light. This transformational knowledge and energy is the root of the Golden Dawn Ancient Mystery School.

The Classical Golden Dawn current is one of those mystical energies that cannot readily fall into a pre-defined space or simple explanation. It is like trying to define love, truth, or wisdom. A person in love knows when they are in love, but to define it is a task that has been delegated to philosophers, writers, artists, poets and musicians. Every level of membership in the Golden Dawn Ancient Mystery School experiences this energy flow.

The Golden Dawn Ancient Mystery School provides the student with five grades. These grades are direct from the Golden Dawn Traditions. The grades also each have their own unique transformational energy. This energy is unlocked through studying the ancient mysteries and wisdom. The grades are Neophyte, 0=0; Zelator, 1=10; Theoricus, 2=9; Practicus, 3=8; and Philosophus, 4=7. With the exception of Neophyte, all the grades pertain to one element. 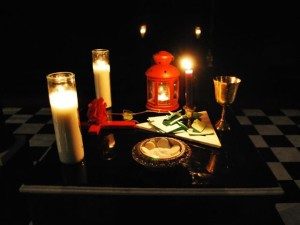 Zelator to Earth
Practicus to Water
Theoricus to Air
Philosophus to Fire
In reality, all the grades from Zelator to Philosophus relate to Malkuth. These are the grades of the Outer Order. However, Portal is an invisible grade which can not be overlooked. This grade is not of the Outer Order and yet not fully of the Inner Order. The Portal grade relates to Spirit. Spirit is the energy which must rule the four elements. It is the completion and perfection of the pentagram with the top point of Spirit ruling the lower four points of the elements. The Portal grade also relates to the veil being torn asunder. This is the Veil of Paroketh that was split in two in the sanctuary when Christ expired upon the Cross of Suffering.

An initiate of the Golden Dawn Ancient Mystery Schooll Tradition does not become a fully initiated into the Order until he or she enters the grade of Zelator, 1=10. This grade is relating to Malkuth and the element of Earth. It is also the first grade the Qabalistic Tree of Life depicts. Zelator also depicts the first sephira going back up to our origin in Kether. It is the first sephira going up and the last sephira coming down from Kether. Thus, the meaning in the number 1=10. Theoricus 2=9, relates to Yesod (Yesod of Malkuth). Practicus, 3=8, relates to Hod (Hod of Malkuth). Philosophus, 4=7, relates to Netzach (Netzach of Malkuth).

The grade of 5=6 is part of another Order known as the Inner or Second Order. Contrary to what many think, the Second Order or Inner Order is not Golden Dawn tradition current energy. The Inner Order of the Golden Dawn Ancient Mystery School teaches and reveals the most coveted secrets of magic. 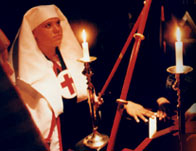 Only the grade of Neophyte does not relate to a sephiroth on the Qabalistic Tree of Life so thus we have the numbers 0=0. In the Neophyte grade, all the forces of the inner alchemical transformation begin. The Neophyte initiation is an extremely potent and powerful force. However, appropriate officers in the correct colors and with the correct symbolism must properly conduct initiations. The whole process of the Golden Dawn Ancient Mystery School work far outreaches the information given to the neophyte as part of his or her grade material. The real transformation takes place first, in the initiation of 0=0, then on a daily basis in the experience called "life".

Each grade of the Order provides potent forces filled with rewards and challenges. As the Hiereus exclaims, it is not enough to be not undaunted by the difficulty of occult study. We must also learn to be undaunted by the challenge of magical and spiritual living. The new initiates life often changes dramatically after 0=0. In some cases, people received new opportunities in business, home life, love, health, etc.. In other situations, people have long and determined plans ripped away from their life. It is almost like picking flowers from a bush.

The tremendous influx of Light that happens in the 0=0 initiation also causes other transformations to take place. The candidate (maybe for the first time) communicates with the Divine, to the principles of Light and the "Great Work". The newly initiated members of the Golden Dawn Ancient Mystery School engage in an energic bond with  Divine Essence or "Higher Genius".

The Golden Dawn Member communicates with the Divine that he or she wants to begin the journey of the "True Self" not the self-governed by modern advertising or ego, but the "True and Secret Self." The Higher Genius begins causing changes to manifest this desire in the life of the aspirant. From a mundane point of view, these changes may seem good or bad. From a mountain top with the bird's eye view of the Higher Genius, it is much like a chess strategy. When understood, it will allow the candidate, later in the future to place negative aspects of the ego in checkmate.

It is possible to write volumes on the positive qualities people acquire in each grade and through each initiation from Zelator to Philosophus. Each grade carries within it the seed of reward and the challenges necessary to strengthen the spiritual self. The grades lead you down the road of "Self-Mastery and the magical way of life."

OUR ORDER HAS NO MINIMUM TIME LIMIT FOR EACH GRADE.  WHEN THE STUDENT IS READY, THE GRADE IS OPEN. 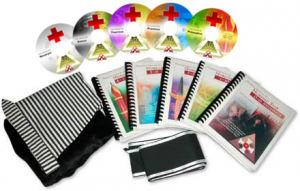 The Golden Dawn Ancient Mystery School is unlike many of the new age groups who do not provide any safeguards for the student. Each grade, after 0=0, requires testing. Even after successful trials, the advancement into the next grade often requires permission from the local Temple Chiefs and the invisible Chiefs of the Order. These people keep an eagle's eye on the candidate to make certain he or she will be capable of handling the force and energy of the next grade. Traditionally, there is a minimum time that must be spent in each class before one can apply for advancement to the next grade. Due the fact that world changes allow information and energy to move faster than traditionally, the Golden Dawn Ancient Mystery School has no minimum time limit for each grade. The next grade opens up when you have a deep understanding of the previous grade.

The Facts of the Golden Dawn Ancient Mystery School

Today in the modern world of electronics and computers, there is much confusion as to what the Golden Dawn is. In the last several years, some have sought to waive a trademark banner or dubious "charters". In truth, there are several good Golden Dawn groups. However, be aware of unpure groups that mix different systems.

There are those who have even attempted to convince the unaware that Thelema is part and parcel of the Golden Dawn currents of energy. Nothing could be further from the truth. Thelema and Golden Dawn System have about as much in common as a hound dog and a raccoon. There is even a group claiming to be Thelemic-Golden Dawn. Much of their appeal is to the masses who found it as easy to switch from "the real thing" to the "choice of a new generation". These groups/individuals hold the same mindset that was held by those that switched from the "classical Golden Dawn Western Mysteries Tradition" to the "New Aeon" of Aleister Crowley.

The historic Golden Dawn (not to be confused with any current group borrowing the name) was formulated as an official school and extension of the German Rosicrucians on 1887 in London, England. This first Golden Dawn group based its order in part on an elusive set of cipher documents. Ellic Howe, in his book on the Golden Dawn, makes a strong argument for the creation of the ciphers. However, new information has risen to the surface that may illuminate a more clear and scintillating truth than Howe concluded.

In essence, the Golden Dawn System was and is a curriculum of study and preparation of the Great Work! The Great Work is defined as

"The purification of the spiritual nature, so that with the aid of the Divine, the Adept may overcome his/her human limitations and thus gradually raise and unite with the Divine Self."

This is the True Self which is beyond birth and death. Thus, the Adept will learn his/her True Will and may pursue the accomplishment of it, thus doing the Great Work.

The Golden Dawn system is more than just a curriculum of study. It is an alchemical process accomplished only through initiation. Today, some Golden Dawn orders encompass a worldwide fraternity of like-minded men and women who seek "Inner Truth". However, it is still, in many ways, a solitary path. Personal attention and work is a "must" in the process of spiritual development.

The Joy of the Golden Dawn Ancient Mystery School

The Golden Dawn System is a priceless treasure. As a Neophyte, the energy shift can seem like a cloud of confusion. However, like a fine wine that must age, time and patience give one a clearer understanding and a deeper appreciation of the transformational energy of the Golden Dawn Ancient Mystery School. Most of those who become involved in serious Golden Dawn System studies grow with the rising sun. The study and transformation blooms into a beautiful love and appreciation for the perfection of the Golden Dawn Ancient Mystery School system.

If you are considering becoming a student, prepare for a new life of deep spiritual and magical connection. Your life will change, your power will grow and so will your magical skills. This means a new life, with new opportunities.