In the Esoteric Order of the Golden Dawn we teach all Neophyte members a ritual for invoking comfort to those in need; this teaches the essential principle of circulating the Light. While it is true that we are containers of Divine Light, it is more accurate to think of ourselves as conduits of Light. In science light is identified through its motion, and it only illuminates by movement; in the Magic of Light, we illuminate by passing the Light on to others. 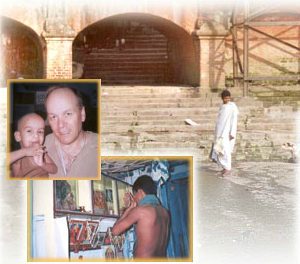 G.H. Frater P.D.R., Robert Zink firmly believes in a “hands-on approach” to practicing the magic of Light. While most people are horrified at the notion of starving children or the idea of anyone living under conditions of abject poverty, most feel powerless to do any more than to occasionally donate money or other items to charities. Please understand, we would in no way belittle any effort to alleviate human suffering, especially in children. We simply feel that our popular modern approach does not offer an effective and permanent solution to global poverty; it would be reasonable to compare it to slapping a band aid on a serious gunshot wound and believing the victim to be healed from the treatment. The magic of Light demands a much deeper approach to poverty and deprivation.

Mother Teresa of Kolkata (Calcutta) devoted much of her life to feeding the hungry; we believe that her type work and devotion accomplishes far more than what may appear on the surface. Creating positive changes in the lives of others ignites hope and kindles faith in humanity; it helps to reconstruct our collective self-image. We could begin to see ourselves as the higher beings we were meant to be; we start to understand that we are not meant to live in pain and fear; that poverty for some is not a necessary condition for others to enjoy prosperity. This is what the Inner Order Golden Dawn mission to Kolkata (Calcutta) was intended to invoke: the generation of prosperity from the Earth and from the boundless Divine White Brilliance. This divine prosperity comes from, at least in part the generous hearts of those whom care like Mother Teresa of Kolkata (Calcutta), but more importantly we stand upon endless resources, not so much in simply raw materials, but in boundless Earth energy, and above us we draw from the endless spiritual prosperity from the Divine White Brilliance.

Robert Zink was compelled to personally lead an envoy of adepts on a mission of invocation to infuse prosperity into Kolkata (Calcutta), India. This was designed to make a spiritual difference in both the lives of the adepts within our Order and to provide a continuous current of energy invoking prosperity toward the people of this city. We believe and know that this magic of Light, which our Order has invoked, is presently working and will continue to make a difference in the lives of those whom have been afflicted with hopelessness and poverty. We chose this city as a focal point for invoking prosperity into the world, because of the inspiration provided by the recently Beatified Mother Teresa; we feel that the work she did there provided a deep alchemical energy, which would naturally lend itself to this magic of Light. We built upon the work that she had done, adding Rosicrucian current to exponentially multiply the energy and work to, which Mother Teresa devoted so much of her life.

Poverty could be completely eradicated because of the principle of returning Light as taught by Frater P.D.R.: in simple terms, we invoke Infinite Light from the Lord of the Universe, but rather than selfishly hoard the Light, that is to say, to perform work only for one’s self, we return the Light to the Lord of the Universe. Since the Lord of the Universe is complete and needs nothing, we return the Light by sending it to those in need, especially we send it to people we do not know and will never know of the work, which was done for them. In this way we return the Light; and in doing this, Light returns to us with exponential power. We are not saying that prosperity equals Light; the people of Kolkata (Calcutta), value the spiritual far more than prosperity; we in the United States are often accused of placing too much value on the material. In this case, we are not talking about prosperity in terms of new cars and frivolous toys, but we are talking about a spiritual, alchemical prosperity wherein every man, woman and child is not suppressed from reaching his or her potential.

No one should ever be limited nor prevented from fulfilling their dreams due to a lack of prosperity, nor should anyone be prevented from achieving their heart’s desires because their fellow man is complacent and apathetic toward his or her misfortune. The prosperity, which we have invoked is the prosperity of love and concern that we must have for every man, woman and child on Earth. Mother Teresa has taught us this love in a very profound way, and we believe and know that this prosperity will multiply throughout the Earth.

Frater P.D.R. and the Esoteric Order of the Golden Dawn and the Second, Inner, Rosicrucian Order believe in this form of hands-on magic. We work in our temples, but rather than stop there, we roll up our sleeves and work in the field. In this case, Frater P.D.R. and an envoy of adepts went to Kolkata (Calcutta) to help the people there with the magic of Light. In the end, the people of Kolkata (Calcutta) helped us more than we could have imagined. We learned a great deal about what it means to be devoted to the spiritual, and we are forever indebted to these wonderful people for the prosperity in, which they gave us is of inestimable value. 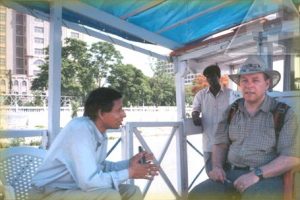 VH Frater PDR listening to his guide, Anpo, teach about the spiritual powers of the Ganges River 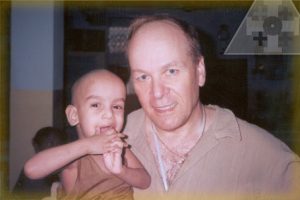 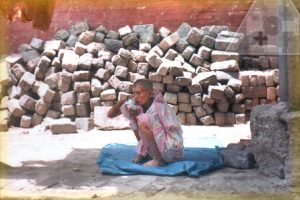 The poverty of humanity in Calcutta, India 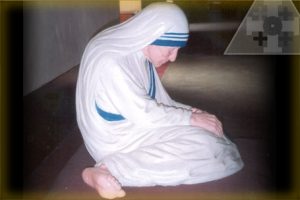 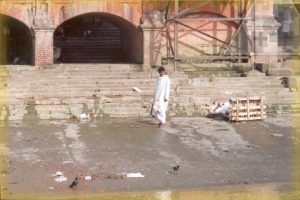 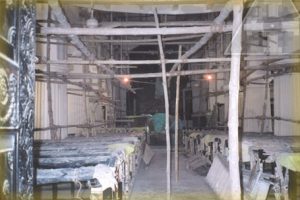 A place where special statues of Hindu gods are created 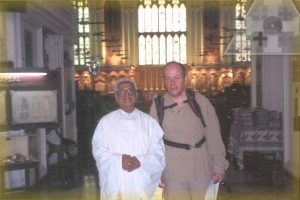 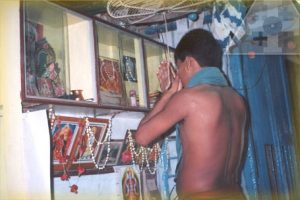 A young man who invited us to join him in prayer and worship. This is his personal temple. 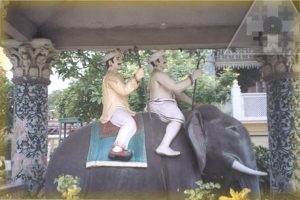 Jane Temple in Calcutta (This picture is very similar to the Templar Knights on horseback.) 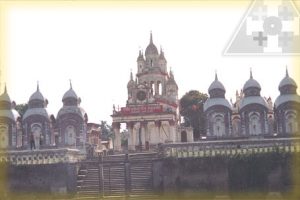 A large Hindu temple and shrine on the Ganges river in Calcutta, India 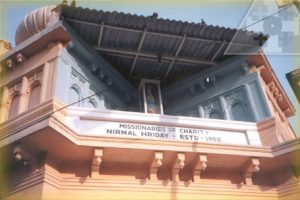 House of the Dying - Mother Theresa's mission in Calcutta, India 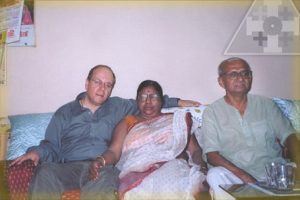 G.H. Frater PDR visiting a couple who were spiritual teachers