"If I live far away from an authorized Temple,

how can I become a True Golden Dawn Initiate?"

ATTENTION: You do not need to have any astral projection skills to receive a

The answer to your question is found in a document upon which virtually the entire magical system of the West is based on. This document is called the Emerald Tablet of Hermes. In essence, the Emerald Tablet states,  that "the things below are a reflection of the things above," and vice-versa.  The Emerald Tablet is the cornerstone of all magic, of all healing, and of the Law of Attraction. 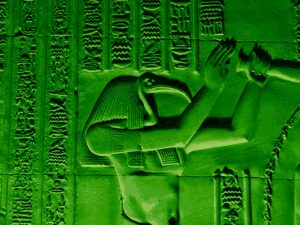 Mostly, all magical operations take advantage of this principle stated in the Emerald Tablet. The magician or Qabalist raises him/herself up to the highest state possible and plants the seed in the upper world that will eventually bear fruit in the physical world.

From this Qabalistic point of view, the magician creates images in the world of Briah (Creation) under the authority of Atziluth (Emanation, the highest and most spiritual). Within a short period, the images empowered in this more quintessence world will take on shape, form, and dimension in the lower worlds of Yetzirah (Formation) and Assiah (Action).

Astral Initiation works on the same sound premise. It is not a substitute for a good, well-run physical temple and initiation. If you live in all but a handful of cities in the world and do not have the financial ability to visit a physical temple site, however, then Correspondence Membership and Astral Initiation is the most efficient tool for the initiation process into the Classical Golden Dawn. 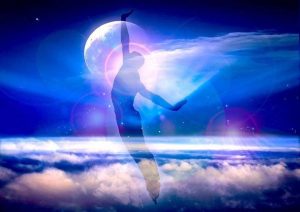 Here Is How It Happens

A physical initiation date is selected at the Grand Temple. The candidate for initiation into the worldwide fraternity of the Golden Dawn Ancient Mystery School ( Esoteric Order of the Golden Dawn) has already filled out an application and signed a copy of the Neophyte Oath.

The application is submitted after review by the Outer Order Temple Chiefs then handed to the Chiefs of the Second Order for final approval. If approved, the Chiefs of the Second Order fill out a dispensation for Initiation, and the date for the Astral Initiation is set. No one is turned away for astral initiation unless they are mentally unfit, a minor, or have a criminal record.

The Golden Dawn Ancient Mystery School  (Esoteric Order of the Golden Dawn ®) maintains a beautiful and well-organized Private Temple that is only used for long distant initiations.  Under the direction of the Hierophant,  the grave and solemn task of Initiating the candidate on an astral basis will take place. This is pure magic. All initiations are astral initiations, even physical initiations.

There are definite, tell-tale signs of significance that take place in the students, life after an Initiation. Although too numerous to elaborate on in this article, they range from a tremendous influx of spiritual energy to increased insight and power to create life more in keeping with one's' true desires. After years of performing hundreds and hundreds of astral Initiations and physical Initiations, I assure you beyond any doubt that a member who lives thousands of miles away will and does experience the same tell-tale signs of complete and true Initiation as his or her counterpart. PLUS, astral initiations are completely safe.  You are experiencing higher vibrational energies within the comfort of your own home.  There is no difference. Once initiated, the same secrets available to a temple member are now available to you.  PLUS, you will have a private mentor to work with you and guide you every step of the way.

These priceless currents of spiritual light are designed to aid the candidate unto the higher and empower the candidate with Self-Mastery which cannot be expressed in words or pictures. They can only be handed to the candidate as a valuable and precious gift through the solemn process of Initiation. In the tradition of our more ancient Fraters and Sorors of Eleusis and Ancient Egypt, & the Historic G.D. of 1888, and of course the Golden Dawn Ancient Mystery School.( Esoteric Order of the Golden Dawn ® )even today in our modern world is the vehicle for raising in the sacred and ancient rites of initiation in the Western Mystery tradition.

The Order realizes that Physical Initiation is the preferred choice.
There are several reasons for this:

The Order has a policy that Astral Initiation will not be performed on any candidate within 25 miles of a physical temple. They must attend physically. In addition, every Adeptus Minor in the Order has gone through the 0=0, 1=10 and Portal initiations physically before undergoing the 5=6 ceremony. 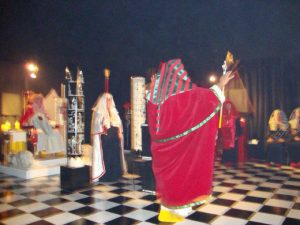 In a perfect world every small town, every region of the world would have an authorized Golden Dawn Ancient Mystery School Temple. Everyone who desires to be initiated into the True Golden Dawn mysteries of 1888 that is eligible could simply drive down the street and undergo initiation at the local temple. We think this is a reasonable goal for the future of the Mysteries. As members work through the grades and evolve into Adepthood and open teaching Sanctuaries and Temples, the goal of providing a permanent vehicle and fraternity dedicated to the Higher Aspirations of the Soul will be a reality. Study groups are forming all over the world. (Currently the Esoteric Order of the Golden Dawn ® has membership in countries around the world and almost every state in the U.S.) Soon many of these active study groups will become official teaching Sanctuaries and later full operational Temples. The dreams of founding Adepts such as S. L. MacGregor Mathers, W. Wynn Westcott, and others is manifesting into reality: A world-wide Western Mystery School in service to the Higher Aspirations of the Soul, and the development of the empowered magician.

To become a member of the Golden Dawn Ancient Mystery School, visit our membership info page and fill out a membership application to apply.